PowerClamp TVSS units are designed specifically for broadcast applications. They are ideal for installation at transmitter sites where massive power surges and lightning-induced transients are a major cause of transmitter unreliability and damage. PowerClamp units will drastically reduce tripped breakers, transmitter shutdowns, and prevent or minimize damage to transmitting equipment caused by such power surges.

PowerClamp TVSS units should also be installed at studio locations to prevent power line problems from causing malfunctions and damage to audio/video equipment and computers. PowerClamp units will eliminate power line spikes from entering a facility from the main AC feed line. Their bi-directional design will also prevent power line noise, spikes, and disturbances generated within the facility from being distributed to other equipment.

PowerClamp TVSS units are always installed IN PARALLEL with AC feed lines. They suppress power line spikes and surges by shunting them to ground. PowerClamp units do not need to be “matched” to the equipment they are protecting, nor do they introduce any loss in the line. 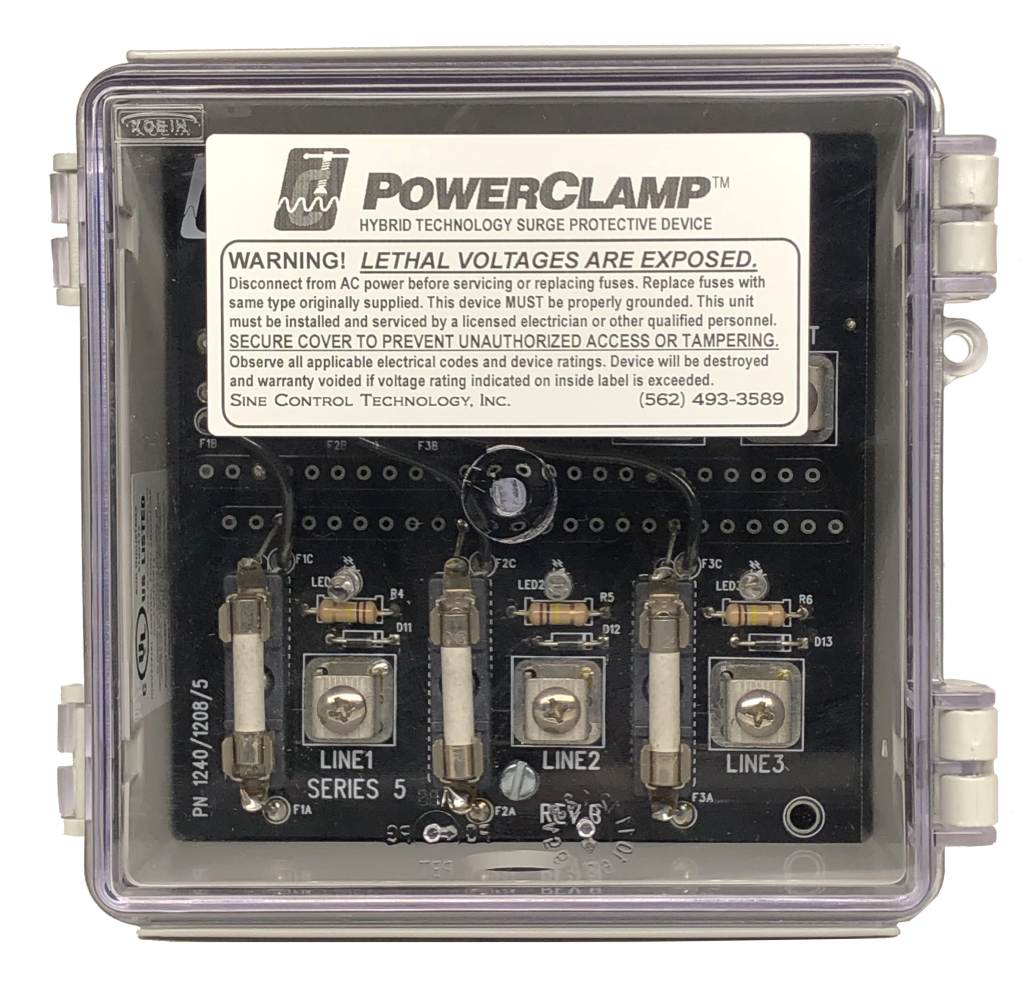