$395.00
We try to have plenty of inventory available to satisfy our customer's needs, however Due to the recent supply chain situation. We suggest you verify by contacting us Availability before placing your order online.

AutoSwitch is a multi-purpose stereo audio switcher and silence sensor. It can be used to manually or automatically select between two stereo audio sources.

AutoSwitch can be used as a monitor-source switcher. When interfaced to the console’s mic-tally logic it will sense when the control room mic is on, and switch from “off-air” audio to a local audio source to eliminate the “headphone echo” that is caused by digital audio processing. 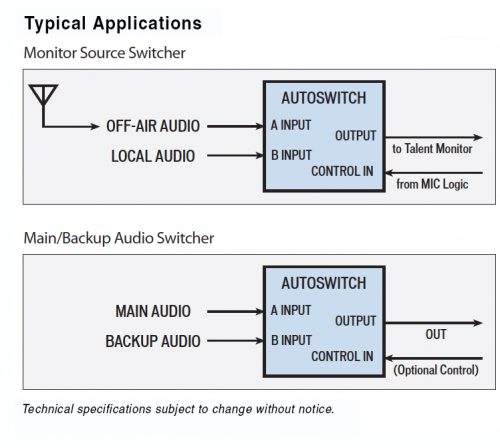