$349.00
We try to have plenty of inventory available to satisfy our customer's needs, however Due to the recent supply chain situation. We suggest you verify by contacting us Availability before placing your order online.

The simplest, and the best-sounding way to share your music with the world

TThe DP-03SD is an affordable way to get into TASCAM's famed PORTASTUDIO system of making recording simple and affordable for musicians. The 8-track digital recorder captures your music at CD quality to affordable SD/SDHC cards, and a 4GB card is included with the recorder. With built-in microphones, effects, and mastering, the DP-03SD provides everything musicians need to record and share their music. 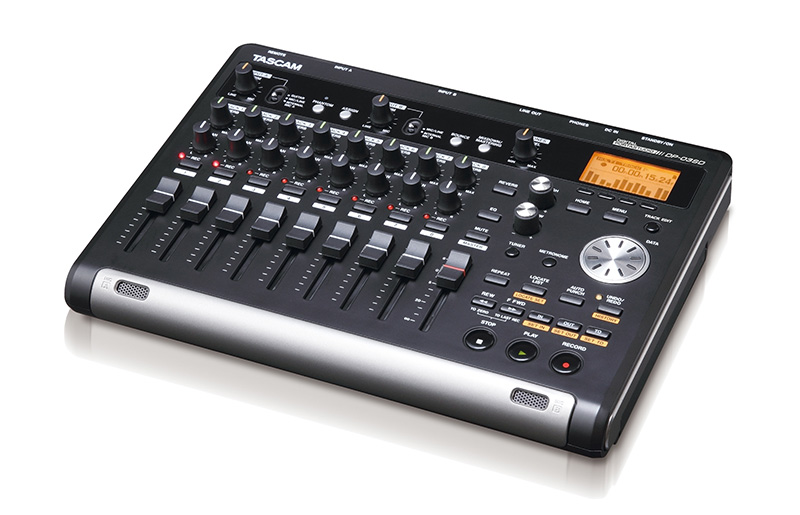 A user interface that allows simple operation like a cassette MTR

The DP-03SD has a simple body that enjoys intuitive operation similar to a cassette MTR but being able to perform 8-track recording with 2-channel simultaneous input.
The XLR terminal supports condenser microphones while the TRS phone terminals enable guitar and keyboard connections.
As such, various instruments that are typically used during a band recording session are supported.
In addition, the device is equipped with two high-sound quality condenser microphones that were developed using the technologies that TASCAM has fostered through their work with handy recorders. Users can easily engage in music production without having to prepare external microphones, anytime, anywhere, with the DP-03SD 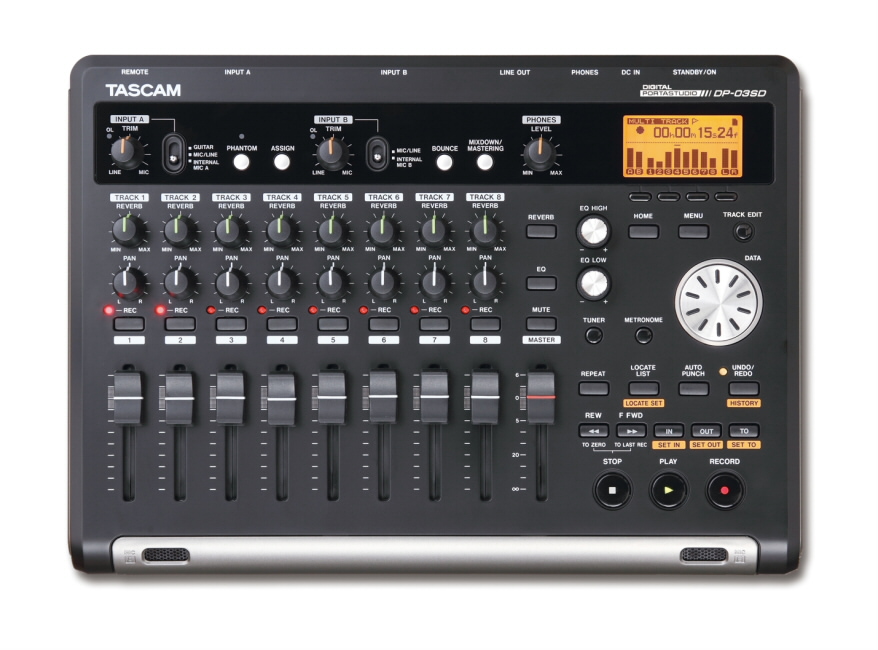 Each track is equipped with level faders, pan knobs, and a controller for sending in-built reverb effects.
Independent EQ-specific knobs enable users perform a mix down intuitively.
Utilizing mastering effects will result in the creation a professional quality master track, all with the DP-03SD alone.

The DIGITAL PORTASTUDIO DP-03SD is a professional multi-track recorder that boasts advanced functions despite its compact body, all while being easy to use.